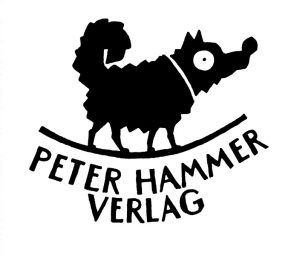 Most of what is constituent for the publishing house in Wuppertal is implied in the name that was chosen by its founders in 1966. “Peter Hammer” is the literal translation of French “Pierre Marteau”. In the 17th century authors of oppositional works started to use “Pierre Marteau” as a code name to escape the sanctions by the authorities. It was this subversiveness which the founders thought to be most suitable for what they had in mind. Their intention was to publish books against the main stream. And this is what actually happened: For almost 50 years books about left wing political subjects and works from and about Africa and Latin America have been published.

When in 1989 Werner Holzwarth’s and Wolf Erlbruch’s picture book “Vom kleinen Maulwurf, der wissen wollte, wer ihm auf den Kopf gemacht hat” came out, this marked the beginning of an additional focus: Children’s Books. The books for young readers follow the emancipatory tradition of the publishing house in their own way: They take children seriously, they have confidence in their capability to sympathize with peculiar types and to look at the world from new perspectives. Children’s Books today are the largest and top-selling segment of Peter Hammer’s programme.

The continuing commitment to African and Latin American Literature, the exceptional list of Children’s Books and the careful book design of the independent publishing house was honored with the Kurt Wolff Award.

Many of the books for children and young people tie in with the books for adults in that they tell stories about the encounter with foreign cultures. The picture books however have no thematic restrictions, but nevertheless a distinctive profile: They encourage young readers to adopt new perspectives, they are fun due to true surprises – with regard to both contents and aesthetics. The enthusiasm for Peter Hammer’s picture books has no age limit.