The Pirate and the Apothecary

Berlin based comic artist Henning Wagenbreth has discovered a number of ballads in Robert Louis Stevenson’s work that are entirely unknown. Fascinated by the power of these stories, he has translated one of them into German and has illustrated it: The Pirate and the Apothecary—”a jewel filled with colourful facets of good and bad, honour and crime, greed and modesty, lie and truth.” (Wagenbreth) 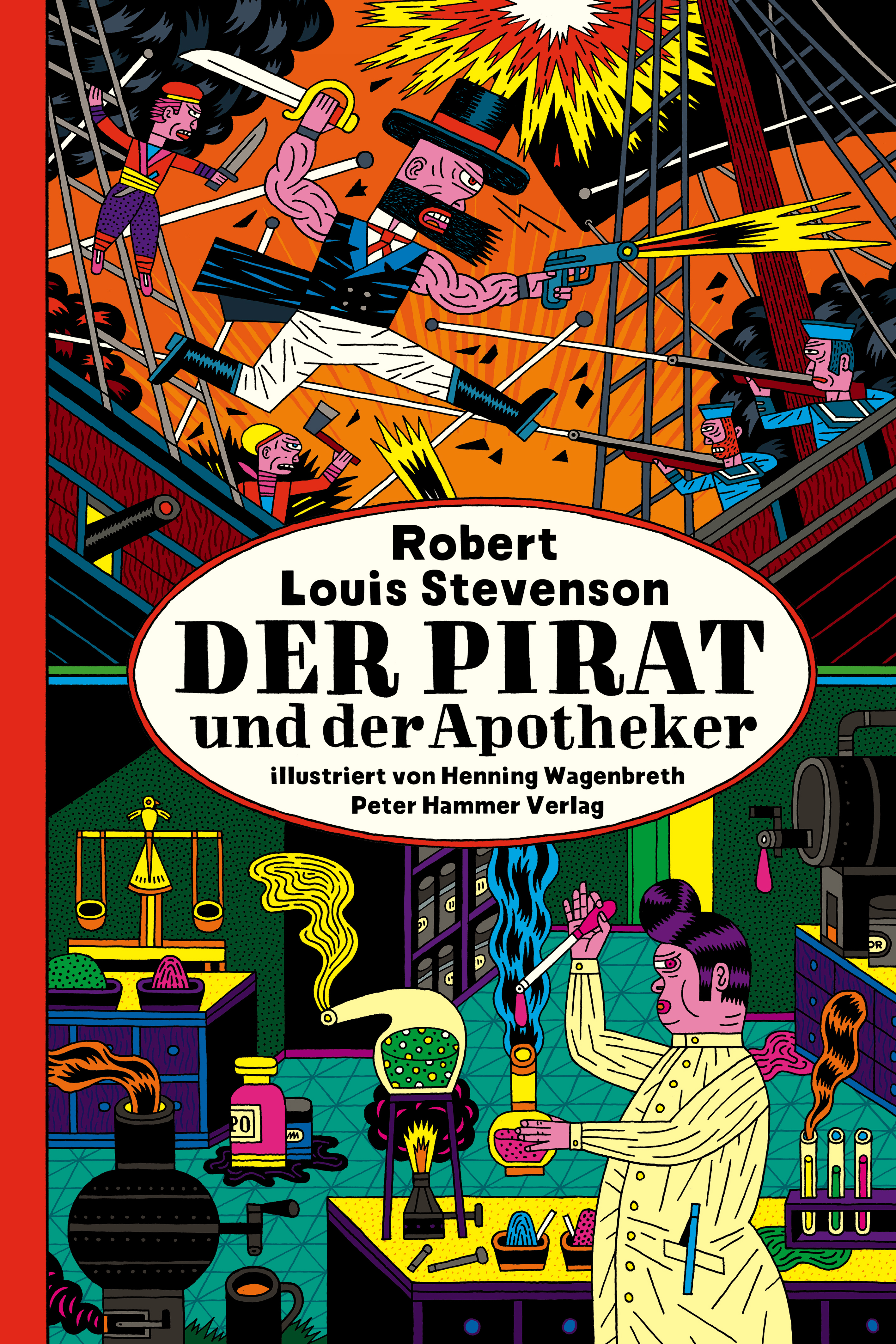 It is the ballad of two bad guys, Robin and Ben who are friends. Robin is a tearaway and brazen thief, who loves a good fight. Ben is cowardly, cold and calculating, he steals surreptitiously. Robin becomes a pirate, he fights on the seven seas, drinks, parties, captures ships and wins women’s hearts. As a villain he is feared and respected at the same time. Ben becomes an apothecary, lives comfortably, his choice of wife is in accordance with economical calculations, he cheats wherever he can and earns his riches in malicious ways.

The old companions meet again after many years and compare their lives’ profits. When Robin becomes aware of his friends’ gutless and dishonourable activities there’s a tremendous showdown!