Nothing New at the Zoo 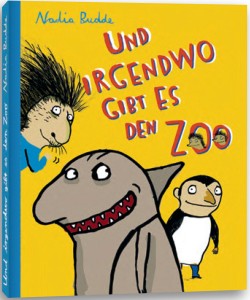 Who doesn’t know the swimmer at the open air pool who emerges from the water with a bald round head, round eyes and a large moustache and resembles a popular sea animal so amazingly that you rub your eyes in wonder. A seal! Or the mouse-like, moth-like and duck-resembling types; the ones who are frog-mouthed or goat or predator-containing. They do exist!