King Will Join Us Later

King will come! – this sentence, spoken by the mother, bathes everything in a new light. The boy, his parents and the baby have been in this new country for three days. Only King isn’t here, his dog and best friend. But King will follow and find them! 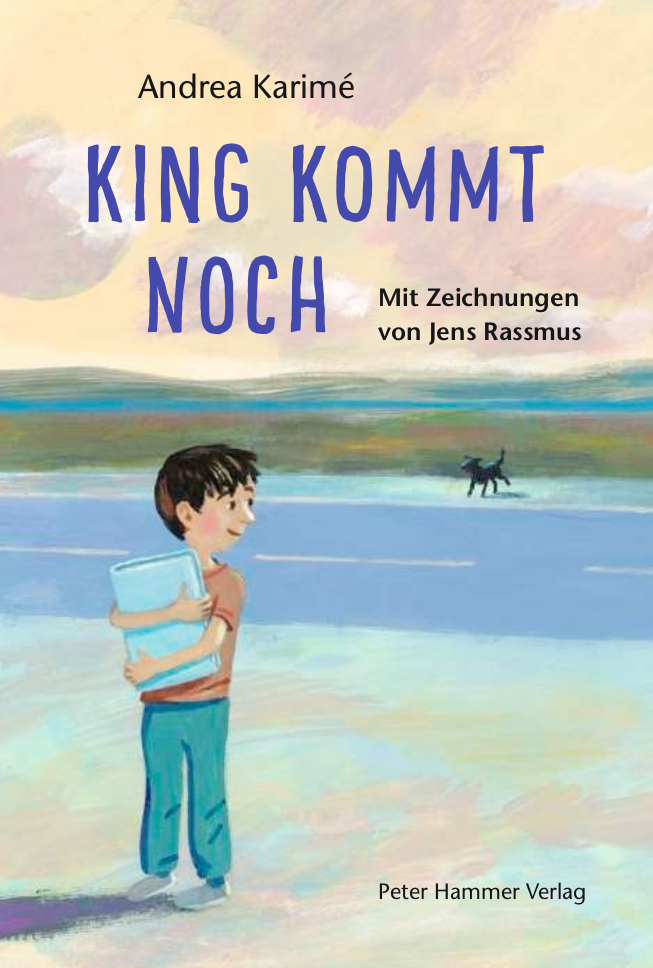 But how is King to find the long way? Again and again, the boy sends messages into the wind with his paper telephone: Stay hidden until no more rockets are dropped. Only set off in the dark!

In between, he begins to watch the street and starts to wonder about all the oddities. He is most amazed about the man who picks up his dog’s mess, puts it in a bag and takes it with him. What on earth for? The boy roams the streets and bit by bit he unravels the mysteries of this street until it is no longer alien to him.

But his most exciting discovery is when he learns to read the books whose words he doesn’t understand. He revives the images with his torch. And on one picture, the most beautiful one, he finds a dog: It is King and he has wings! That’s when he knows for sure: King will come!

A children’s book, sad and cheerful, that—if nothing else—builds up the most beautiful hope through its warm-hearted images.