17-year-old Anna leads a sheltered life behind monastery walls, where the only highlight is the daily martial arts training with Master Li. Leo—dark, mysterious, attractive—suddenly appears out of nowhere. Not only does he confuse her feelings, but just like her he seems to be able to look deep into other people. But is there a connection between him and the dark forces that are gathering over the monastery? Elias also fights for Anna’s heart. During a nightly swimming excursion, dark forces grab hold of Anna and pull her into the depths. She only escapes death narrowly. After 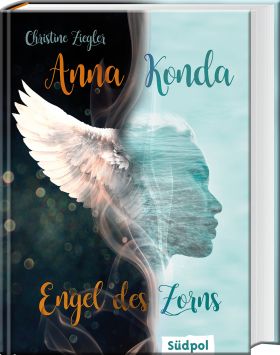 that, the attacks become more frequent. But who wants to kill her? It is only when Leo reveals the incredible truth about her parents that Anna realizes that Master Li has been preparing her for this fight all her life …

Between the world of light and darkness—New-Adult Romance

Angel of Wrath is the prelude to the exciting Romantasy trilogy Anna Konda by Christine Ziegler.  Love, suspense & the supernatural – this is where fantasy fans aged 14 and over get their money’s worth. A romantic story in the field of tension between Christian mythology and reality, between angels and the devil.

By the same author: