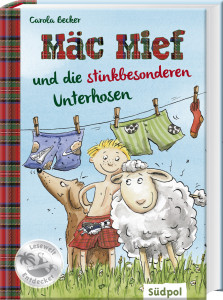 Mac Stink loves nothing so much as standing on his Scottish meadow and eating grass. But then the brand new pants of his favourite human Finn are stolen directly from the washing line—and particularly the extra-special pants with an image of Super-Sheep! Together with his friend Bonnie Mac Stink tries to unravel the mystery of the pant-stealing gang. But neither parcel courier Ross nor the Eddingbörg sheep from the neighbouring farm have stolen Super-Sheep. Mac Stink sets a pyjama trap for the thief. And thus he discovers a mother cat in the shed, who has built her little ones a comfortable nest out of Super-Sheep, Star Wars and football pants!

The next title in this series: 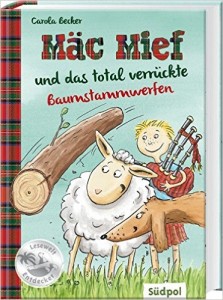