The author Tàssies was born as Josep Antoni Tàssies Penella in Barbastro in Aragón, Spain, in 1963. He studied Journalism at the Universitat Autònoma de Barcelona. His drawings have been published in Spanish newspapers like El País (Madrid), La Vanguardia (Barcelona) and El Periódico de Catalunya (Barcelona), where he has drawn lengthy series of portraits for literary supplements, as well as illustrations, cartoons and caricatures for socio-political issues. Tàssies’ work in newspapers has been repeatedly acclaimed by his colleagues of the Associació Professional d’Il·lustradors de Catalunya.

Tàssies has authored several picturebooks. El nen perdut (The Lost Child), about the positive force of the youthful joy and hope, even in dire situations like war, won him the SM International Illustration Award in 2008 and the Grand Prix of the Biennial of Illustrations of Bratislava (BIB 2009).

In his personal exhibition in Bologna Children’s Book Fair (2010), he presented his book Noms robats (Stolen Names), that speaks out against bullying at school. As well as the Catalan and Spanish versions, Stolen Names has also been released in Russia, Greece, South Korea, Japan and Mexico, and is used in educational projects in Greece and Japan.

Tàssies has served as a juror for the Biennial of Illustrations of Bratislava, in Slovakia (BIB 2011); the 2012 Mikhalkov Prize, in Russia, and the 2013 Bologna Illustrators’ Exhibition, in Italy. 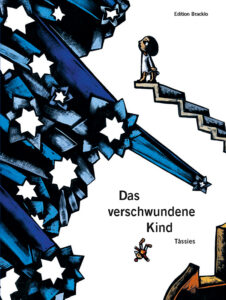 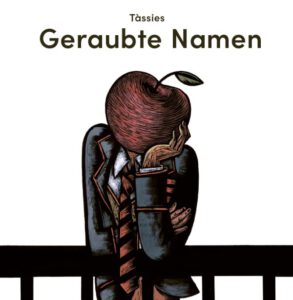