Nils Mohl, born in 1971, lives as a freelance writer and scriptwriter in his native city of Hamburg and owns a caravan on the North Sea island of Amrum. He has been awarded numerous prizes for his work, including the German Children’s Literature Award (2012), the Oldenburg Children’s and Youth
Book Prize (2011), the Austrian Youth Literature Prize (2022), the Josef-Guggenmos Prize (2022). As a screenwriter, he has also received the German Film Prize (2020). The poetry volumes “tänze der untertanen” and “könig der kinder” have already been published by Mixtvision (2019). 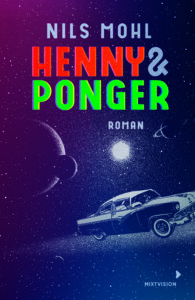