The old man liked to talk about the war and told us how it all began, how everyone was excited until we started losing. He was a soldier in the division “Das Reich”, served in the SS regiment “Der Führer”, which was almost completely worn down several times and was involved in numerous war crimes. Three times he was in Russia, he was in Belgium, in France, in Hungary, in the Ukraine. His division was stationed near Kiev when over 33,000 Jews were murdered in the Babyn Jar massacre and in 1944 it was 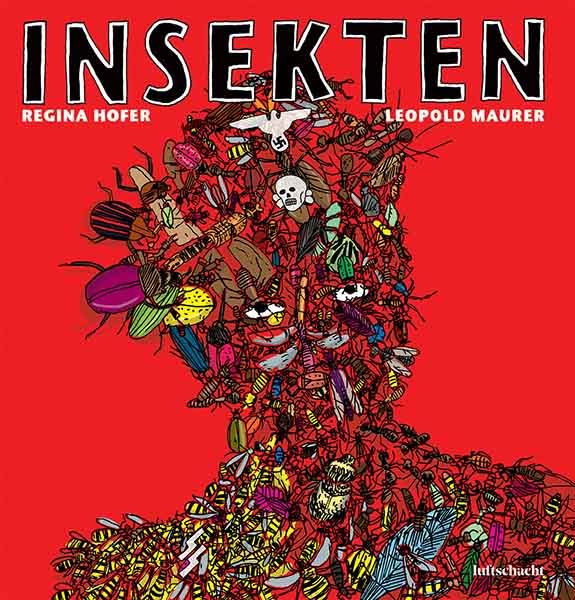 transferred to […] Normandy. You must have experienced that, he often said. And he himself survived it all. After the war he continued to meet with his comrades from the Waffen-SS. Because he was still a Nazi …

Leopold Maurer and Regina Hofer have recorded the conversations with Maurer’s grandfather and supplemented his memories with research elements.

They retell the story of the self-confessed National Socialist in impressive black-and-white picture sequences, in which the more narrative parts of Maurer’s story alternate and intertwine with Hofer’s more associative contributions.

“Insects is an outstanding piece of art that combines a relevant historical matter and brilliant storytelling.” – Thomas Hochwarter, austrianculturechannel.wordpress.com

“The illustrating duo Hofer and Maurer asked Maurer’s grandfather about his past. The result is a disturbing document of contemporary history, full of stubbornness, attempts at justification and suppressed feelings, which the two authors have translated into an impressive visual language.” – Karin Krichmayr, Der Standard